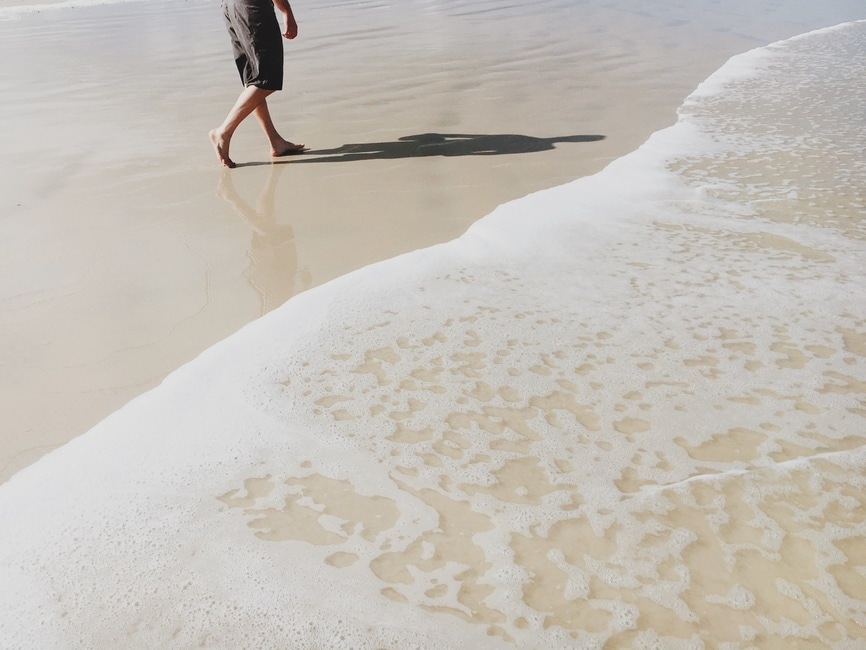 As a 15-year-old in the Middle East, my friends and I used to make bets on how many cars would beep at us on our 10 minute walk to McDonalds.  Not because we were cocky pedestrians, but because we were young women walking unaccompanied by men, which, apparently, equated to beeping and shouting and gawking.  My 15-year-old dresscode tended to be an oversized t-shirt and jeans.  When I left the house I always had my shoulders and knees covered, out of respect for a culture that valued “modesty” — and also because if I didn’t the harassment and stares would be much, much worse.

We found the beeping stupid — when has that worked as a pickup for anyone? — and mildly amusing.  The stalking was less amusing: cars following us as we picked up our pace and eventually turned into a stranger’s walled entrance, pretending it was our home so that they wouldn’t know where we lived.  The beeping, stalking, and comments were a daily part of our lives; so daily that they didn’t seem of any particular note.  I sensed my vulnerability as a girl/woman, but I did not equate it to sexism or harassment.  I thought of it as a weird extension of flirting, just a way to show interest.

Several of my friends have been raped (by both strangers and boyfriends).  Those are the ones I know about.  All of my female friends have been sexually harassed or assaulted to varying degrees.  All of them.  I don’t mean unwelcome smiles or “Hey girl” type pickups.  I mean strangers following you and saying impossibly crude things and you don’t know what will make them go away: a smile, a phone call to a fake boyfriend, staring blankly ahead.  I mean bosses who are inappropriate physically or verbally and if you speak up it might mean your job.  I mean dates who decide that they’d really like to go a little or a lot physically farther, barreling through any world’s version of consent.  I mean long-term boyfriends or spouses who have no problem overpowering the person they are supposed to trust and respect.

There is #notokay hashtag trending on twitter where women are sharing stories of sexual assault.  It is horrifying.  It is pervasive.  It is real.

In her book, “Self Made Man,” Norah Vincent dressed as a man for a year as a social experiment.  Early on, she noted the difference in eye-contact she received as a “man.”

“I had lived in that neighborhood for years, walking its streets…As a woman you couldn’t walk down those streets invisibly.  You were an object of desire, or at least a semi-prurient interest to the men who waited there…If you were female and you lived there, you got used to being stared down because it happened every day.

But that night, dressed as a man, I walked by those same stoops and doorways…I walked right by those same groups of men. Only this time they didn’t stare. It was astounding, the difference, the respect they showed me by not looking at me, by purposely not staring…

That’s what had annoyed me so much about meeting their gaze as a woman, not the desire, if that was ever there, but the disrespect, the entitlement. It was rude, and it was meant to be rude, and seeing those guys looking away deferentially when they thought I was male, I could validate in retrospect the true hostility of their former stares.

But that wasn’t quite all there was to it. There was something more than plain respect being communicated in their averted gaze, something subtler, less direct. It was more like a disinclination to show disrespect. For them, to look away was to decline a challenge, to adhere to a code of behavior that kept the peace among human males in certain spheres just as surely as it kept the peace and the pecking order among male animals. To look another male in the eye and hold his gaze is to invite conflict, either that or a homosexual encounter. To look away is to accept the status quo, to leave each man to his tiny sphere of influence, the small buffer of pride and poise that surrounds and keeps him.

I surmised all of this the night it happened, but in the weeks and months that followed I asked most of the men I knew whether I was right, and they agreed, adding usually that it wasn’t something they thought about anymore, if they ever had. It was just something you learned or absorbed as a boy, and by the time you were a man, you did it without thinking.”

According to a UNICEF report, there are 24 African countries that still practice female genital mutilation.  This is a procedure performed on females — from infancy to age 15, in which the female genital organs are mutilated for non-medical reasons.  Among other lifelong issues, FGM often results in a lifelong pain during sexual intercourse.

“Psychosexual reasons: FGM is carried out as a way to control women’s sexuality, which is sometimes said to be insatiable if parts of the genitalia, especially the clitoris, are not removed. It is thought to ensure virginity before marriage and fidelity afterward, and to increase male sexual pleasure.”

Trump’s “locker room” talk was not an isolated, old conversation.  It is part of an ongoing culture of rape, sexual exploitation, and sexual harassment that sometimes feels permanently embedded in our world.

I didn’t plan on writing this because there are SO many blogs and tweets about this issue, from people with much more eloquent and powerful stories and thoughts.  But I truly believe that language, dialogue, and support matter.  So I’m adding my voice to the masses of Americans — of people — who are demanding change in the way our society treats women.